Posted on February 3, 2017 by Brian Corfield 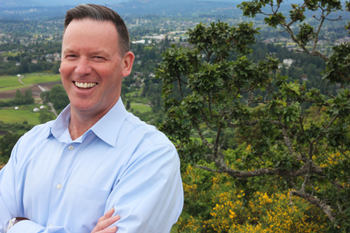 The lack of homes listed for sale is driving up competition — and prices — on Greater Victoria’s real estate scene.

According to figures released Wednesday by the Victoria Real Estate Board, there were 478 properties sold last month. Although that was an 11 per cent drop from the 539 sold in January last year, the board said sales were reasonable considering the low-inventory levels.

The number of active listings on the Victoria board’s Multiple Listings Service hit the lowest point on record in January, with 1,516 properties for sale, a 38 per cent drop from the 2,471 on the market in January last year.

The low-inventory levels continue to drive up home prices.

“The numbers we saw last year are not the new normal. We know that we are not going to see sales volumes this year that meet or beat last year’s record-breaking numbers,” said Ara Balabanian, president of the board.

Balabanian said when January’s numbers are compared with a 10-year average for that month — an average of 384 sales — this year’s numbers are almost 25 per cent higher.

The real estate board says its benchmark price is a more accurate reflection of the market than an average or median sale price because it tracks price levels for a typical home in a given community.

Balabanian said it’s too early in the year to determine where Victoria’s real estate market is going.

“Over the last few decades, the historic cycle in Victoria is longer periods of stable activity and price, followed by a rapid rise in activity and property values over a relatively short period of time,” he said. “The coming months will provide us with a better idea of where we are in this cycle.” 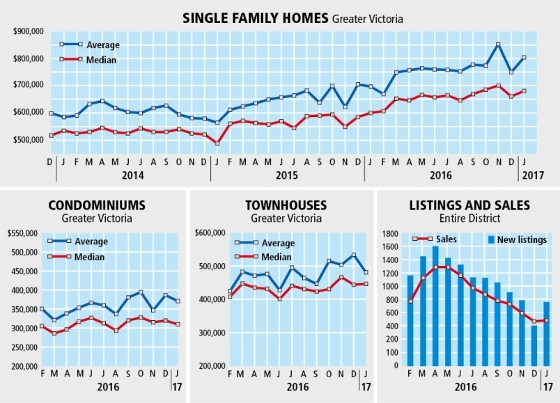